Goshen Elementary Schools competed in a track meet on Friday, April 29 at Goshen High School. The sixth annual event, a collaboration between the schools, GHS athletics, and volunteers, saw over 200 fourth and fifth grade boys and girls giving it their best on a cool, cloudy (but not raining!) spring day.

The bright school colors of Chamberlain, Chandler, Model, Parkside, Prairie View, Waterford, and West Goshen were on full display as the kids dashed along the straightaway during the 100 meter races or showed their grit in the 800 or 1600 meter competitions.  Other races included the 200 meter, 400 meter, 4 x 100 meter relay, and sprint medley relay.  Field events also had an important role with the long jump and the softball throw.

These budding track stars were cheered on by a large contingent of volunteers, comprised largely of Goshen High School track athletes, coaching staff, parents, and community members. The track meet began and concluded with the relays and as each student/athlete handed the baton to one another, they hopefully began the journey towards participation at GMS/GHS and a lifetime of physical activity. 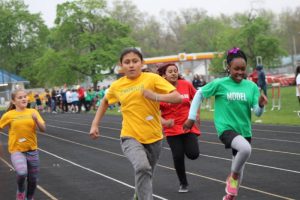 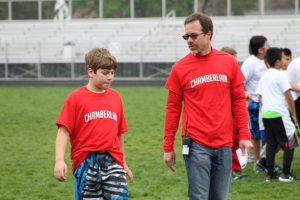 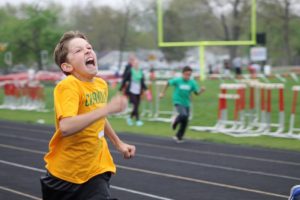 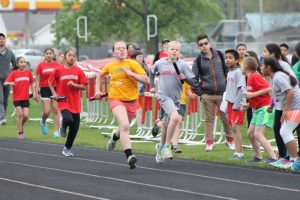 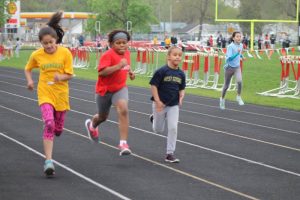 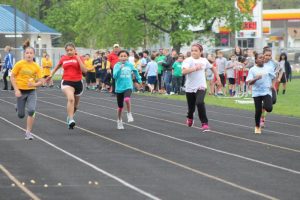 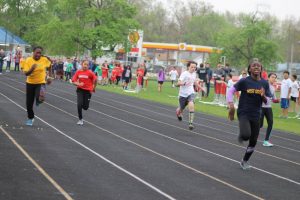 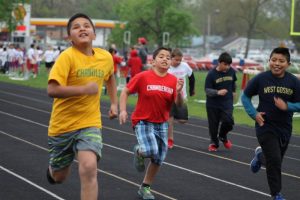 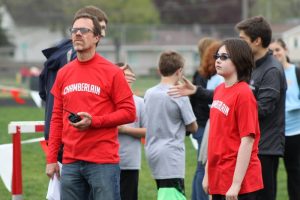